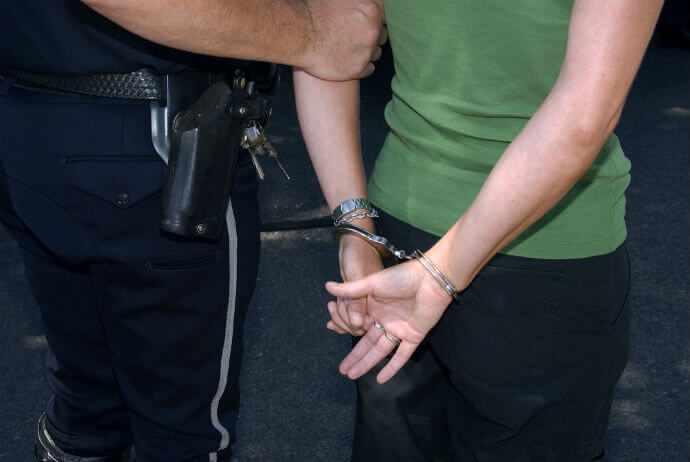 Being arrested and charged with a criminal offense can be devastating, to say the least. The legal process can be byzantine and overwhelming, especially if you don’t know how the system works. This is why you need to consult with an experienced federal criminal defense lawyer as soon as you learn that you have been accused of a crime.

In the state of Texas, misdemeanors are offenses for which you can receive a maximum sentence of 12 months in a county jail and/or a fine of not more than $4,000.  Misdemeanor charges are almost always brought by an arrest warrant or a summons. Common misdemeanor charges include marijuana possession, petty theft, simple assault, DUI, shoplifting, bad checks, and driving on a revoked or suspended license.

These cases go first to the District Court. If you have received a summons, it will state the date and time to appear at the county courthouse for your initial appearance, also known as an arraignment. If you have been arrested on a warrant, you will be told when you have to go to court.  If you are under the age of 18, you must have a parent or legal guardian with you at all court proceedings.

At your arraignment, the judge will advise you of your right to have an attorney. You have a constitutional right to legal counsel for any crime that has the possibility of a jail sentence, and if you cannot afford an attorney, the judge will appoint one to represent you.   (Class C misdemeanors carry only a fine, so there is no constitutional right to court-appointed counsel.)   If the judge appoints a lawyer for you, and your family later decides to hire one, you have the right to bring in your own lawyer.  At the arraignment, the judge will set the case for the actual trial on a date a few weeks (or even months) in the future. You will not be expected to have your witnesses at the arraignment, but you should plan on having everyone there for the trial date.

If you have been arrested on a warrant and you go before the judge, he or she will set a bond based on two factors — whether there is a risk that you will not appear for trial, and whether you are a danger to yourself or others.  The most important facts in determining the amount of a bond will be your prior criminal record, the nature of the offense, and whether or not you have strong ties to the local community (job, homeowner, family in the area, etc.)  The court may require drug testing while you are on bond, and if you test positive for drugs (including marijuana and prescription opioids) while you are on bond, it is very likely that your bond will be revoked.

Felonies include the more serious crimes, like federal crimes, which are punishable by more than a year in prison. These can include armed robbery, rape, manslaughter, and murder. A felony prosecution can begin either by an arrest warrant or by a grand jury issuing an indictment. If you were arrested for a felony by a police officer, you will have a bond set by the court (unless the crime is so serious, or your criminal record is so extensive, that you are denied bond). After you are taken into custody, the law enforcement agency that arrested you will prepare a report. This report contains details about the events that led to your arrest, including the time, date, and location of the alleged crime; physical evidence; and witness statements. The police report is then forwarded to the district attorney’s office, who will work with a grand jury to decide whether to bring criminal charges or an indictment.

In many instances, there will be several days or weeks between the time you are arrested and the date the grand jury convenes to review your case. In that period of time, a criminal defense attorney with experience in the Texas criminal procedure can attempt to speak to the filing district attorney and present your side of the story in the hope that he or she will decide against filing criminal charges, or decide to pursue a less serious charge than what you were initially arrested for.

If you do not hire an attorney at this critical stage, the prosecutor and grand jury will only have the police report and witness statements to go by. Criminal defendants don’t have the right to testify before a grand jury. Your attorney does not have the right to be present, and because grand jury proceedings are confidential, you will not have access to their deliberations.

Once the grand jury has heard your case, they can issue a true bill (equivalent to a felony indictment) or they can issue a no-bill, which means that criminal charges will not be pursued. On rare occasions, they choose to charge the defendant with a misdemeanor rather than a felony.  Once a true bill has been issued, the case gets assigned to a court and proceeds forward to a jury trial.

From the moment he is hired to represent you, criminal defense lawyer Seth Kretzer will fight diligently for the justice that you deserve. For many years, Seth Kretzer has set the standard for providing skilled and aggressive legal advocacy to individuals in South Texas and throughout the state facing life-endangering criminal charges and convictions.

The Law Offices of Kretzer and Volberding P.C. are located in Houston and regularly works on cases being tried in Beaumont, Dallas, San Antonio, Austin, Midland, Plano, El Paso, Brownsville, McAllen, Corpus Christi, Galveston, Harris County, Montgomery County, Fort Bend County, Liberty County, Chambers County, Grimes County, Galveston County, Collin County and throughout the state of Texas. We invite you to contact the Law Offices of Seth Kretzer at 713-775-3050 when you need experienced and reliable legal assistance with criminal charges or an appeal. Our law office hours are Monday through Friday from 10:00 AM to 6:00 PM, but we are available by phone 24/7. Major credit cards accepted. Ask us about our flexible payment plans. Spanish translation services available at all times.