What Is a Contract in Texas?

Before there can be a breach of contract lawsuit, there must be a legally valid and enforceable contract.

In the State of Texas, a contract exists if the following elements are present:

Also important in contracts is “consideration,” or something of value exchanged by the parties to “seal the deal.”

Contracts are critically important in business to business (B2B) relations, because contracts solidify the commitments of one business to another to provide something that one business has and the other business needs. Some of the most common subjects covered in a well-written contract, whether between businesses, individuals, or a combination of businesses and individuals, are:

Under Texas law, contracts can be verbal rather than written out, but there are several exceptions. The Texas Statute of Frauds governs these exceptions, and requires certain types of contracts be in written form, including:

What Is a Breach of Contract in Texas?

The Texas breach of contract elements are:

There are different types of breaches of contract. For example, a breach can be material, meaning that as a result of the breaching party’s failure to perform an aspect of the contract, the other party received something substantially different from what the contract specified. If the non-breaching party was a coffee shop that ordered milk for making lattes, and the breaching party was a distributor who confused the order and delivered fish instead, the breach would be material. This could also be called a “fundamental” breach because it goes to the heart of what the contract was for, the delivery of milk which the coffee shop needed to run its business.

On the other hand, a minor or non-material breach occurs if, even though the breaching party failed to perform an aspect of the contract, the non-breaching party still receives the item or service specified in the contract under other circumstances, such as the milk being delivered to the coffee shop, but a day late, causing a day of black coffee and unhappy customers.

A third type of breach of contract is an anticipatory breach. This is where one party acts or says something that indicates an intention that the party is going to stop performing its obligations under the contract at some point in the future. This would be, using the milk example, the coffee shop saying it was no longer going to pay the distributor for milk deliveries, without giving a reason.

The following PDF is an example of a Texas breach of contract petition. 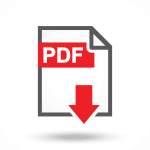 Defenses to Breach of Contract Litigation

As every breach of contract lawyer will attest, there are defenses to breach of business contract and other contract claims which allegedly breaching parties may try to raise to get out of having to pay damages.

Still other defenses are that one party lacked the capacity to enter into a contract, due to age or mental disability. Or, the party who entered into the contract was coerced, or was under duress, or the contract was unconscionable, meaning that the terms of the contract represent a grossly unequal bargaining position held by one party over the other.

For all these reasons, you need a capable breach of contract attorney to represent you no matter what side of a contract action you are on in Texas.

Seth is on your side and is committed to helping you get justice. He has experience with Texas contract cases and will strive to give you the best representation possible. He works diligently to understand your situation and will do everything in his power to help you!

The Law Offices of Kretzer and Volberding P.C. are located in Houston and regularly works on cases being tried in Beaumont, Dallas, San Antonio, Austin, Midland, Plano, El Paso, Brownsville, McAllen, Corpus Christi, Galveston, Harris County, Montgomery County, Fort Bend County, Liberty County, Chambers County, Grimes County, Galveston County, Collin County and throughout the state of Texas. We invite you to contact the Law Offices of Kretzer and Volberding P.C. at 713-775-3050 when you need experienced and reliable legal assistance with criminal charges or an appeal. Our law office hours are Monday through Friday from 10:00 AM to 6:00 PM, but we are available by phone 24/7. Major credit cards accepted. Ask us about our flexible payment plans. Spanish translation services available at all times.