Appealing a Judgment in Texas

HomeBlogAppealing a Judgment in Texas 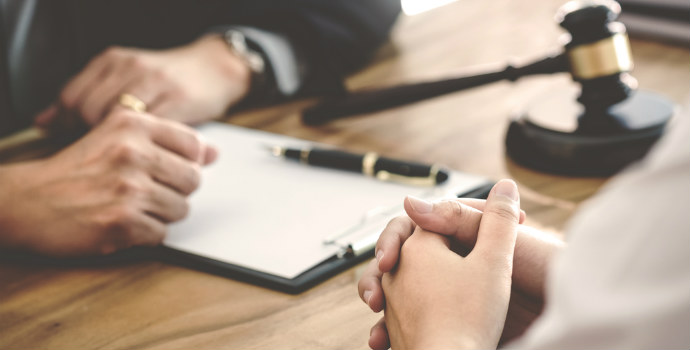 Appealing a Judgment in Texas

After an unsuccessful outcome in a court in the State of Texas, you may be wondering – can a judgment be appealed?

The answer is yes, and with the help of a skilled attorney, you may discover that things are not quite as final as they seem.

In a broad view, an appeal is a request for the next higher level of court to review the lower court’s decision. Texas has a three-level court system, providing two levels of appeal. Appeals of final decisions of the county and district courts can be heard in one of Texas’ fourteen courts of appeal, with two locations in Houston and locations in Fort Worth, Austin, San Antonio, Dallas, Texarkana, Amarillo, El Paso, Beaumont, Waco, Eastland, Tyler, and Corpus Christi.

The next level for all civil judgments (money judgments) is the Texas Supreme Court.

Can I Appeal a Judgment Against Me in Texas?

If you have lost your case in trial court, you may want to file an appeal as the appellant. Alternatively, if you won your case, you may find yourself caught up in an appeal filed by the losing party, under which circumstances you would be the appellee.

Either of these scenarios requires an extensive briefing of your position and organizing of exhibits. In short, appellate work can be complicated. The rules are highly technical, and deadlines are stringently enforced. Therefore, we strongly advise you to hire or consult with attorney Seth Kretzer, who is a seasoned litigator.

You can choose to represent yourself in Texas. However, be advised that if you choose to proceed without legal counsel and as a “pro se” litigant, you will be held to the same standards as licensed, experienced attorneys, such as the Texas Rules of Civil Procedure (TRCP), Texas Rules of Appellate Procedure (TRAP), and any and all case law governing the grounds for appeal or defenses against appeal that you raise.

In order to be appealable, a judgment or order in a case must be “final.” With very few specifically enumerated exceptions, Texas law does not permit appeals from what are known as “interlocutory orders,” or orders made in the middle of the case which:

How Long Do You Have to Appeal a Judgment?

How long do you have to appeal a judgment? This is an important answer to know before bringing your case to an attorney or proceeding pro se. A late appeal will subject your appeal to dismissal on grounds that the higher court does not have jurisdiction to hear your case.

As a general rule, the Texas Rules of Appellate Procedure require a notice of appeal to be filed within 30 days of a final judgment or order signed by the judge, which may be extended to 90 days if a timely motion for a new trial is filed or a deadline-extending document, such as a motion to modify judgment or a request for findings of fact and conclusions of law, is filed. See TRAP 26.1. Deadline extensions of 15 days may be requested in certain circumstances.

For an accelerated appeal, such as an appeal from an interlocutory order, the deadline to file a notice of appeal is 20 days after the judgment or order was signed, and no extensions are available.  See TRAP 26.1(b); TRAP 28.1 (a). In extenuating and rare circumstances, it may be possible to request an emergency appeal from the Court of Appeals.

How to File an Appeal on a Judgment in Texas

How to appeal a civil court judgment falls squarely within the knowledge of your attorney. Your attorney knows how to file an appeal on a judgment but before doing so will take a thorough look at your case, the court transcript, and all evidence to figure out whether any mistakes or errors occurred. Errors might include things like improperly-admitted evidence or objections that were incorrectly overruled or sustained. These types of substantive and procedural mistakes form the grounds for a valid appeal.

Your attorney will then draft the appeal and submit specific appeal documents to the court in conformance with the Rules of Appellate Procedure, pointing out all mistakes that were made and the reason the lower court decision should be reversed, overturned or remanded (sent back to the judge for a reconsideration).

Your appeal will likely be opposed by the victorious side in the litigation, whose victory has now been threatened. If there is opposition, your attorney will likely be required to appear before the judge and argue the merits of the motion in person.

Attorney Seth Kretzer Can Help with the Post-Judgment Process

If you wish to know if you can appeal a judgment rendered against you, and for more about how to appeal a judgment in the State of Texas, you will need a lawyer with specific experience with appeals and the appellate process.

Contact the Law Offices of Seth Kretzer today. Mr. Kretzer has experience working on Texas appeals, and works to understand your situation so that justice can be aggressively pursued!